Tax hikes and transformation - Online reactions to the 2017 Budget Speech

South Africans have their say on Gordhan’s speech

During the broadcast, themes of inequality and economic transformation featured prominently. Education, healthcare and social services were singled out as sectors set to receive significant shares of the 2017 budget’s R1.56 trillion total.

Also announced by Minister Gordhan during the speech was a new top personal income tax rate of 45% for those with taxable incomes above R1.5 million.

This was in addition to an increase in dividend withholding tax, limited bracket creep relief, and increases in excise duties. Through these and other measures, the South African government was revealed to be targeting additional revenues of R28 billion in the 2017/18 fiscal year.

Only two things are certain in life: death and taxes

After the speech, tax was the topic trending most strongly across social media. The topic was mentioned a total of 9 632 times – equating to16.2% of all conversation – and dominated conversations driven by both positive and negative sentiment. Overall, 15.4% of tax-related mentions were negative; a mere 5.1% positive. Of all negative speech-related dialogue online, tax accounted for a significant proportion: 25%. 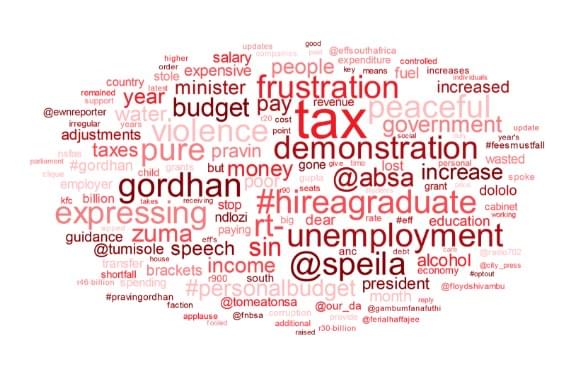 Although increases in sin tax featured most prominently in dialogue online (excise taxes for alcohol and tobacco are set to rise between 6 and 10%), income tax was the issue causing the most upset among South Africans. Corruption and ineffective spending of tax revenue were among the issues highlighted.

Not all South Africans felt negatively about the issue of taxation, however. 17.3% of all positive conversation around the budget related to tax, with the increase in tax-free savings and unchanged VAT rate pleasing many. A large number of social media users also favoured the prospect of greater funding for education. 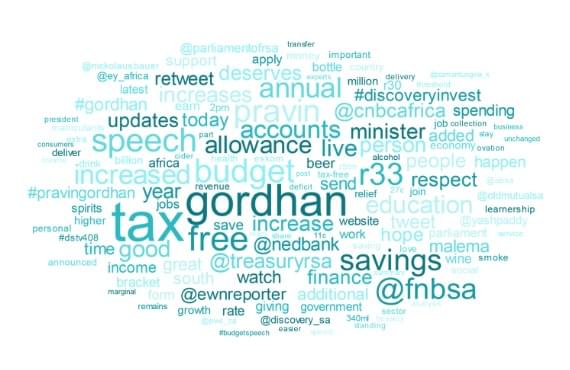 Despite pockets of positivity, South Africans’ reactions to the speech were predominantly negative overall. While both positive and negative conversations spiked at the speech’s commencement, the volume of negative discussion vastly surpassed positive – a trend maintained during the course of the afternoon and evening of the 22nd.

Even prior to the speech’s 2pm start, a decline in the percentage of positive budget-related conversations had already begun to take hold (with a concomitant increase in the proportion of negative discussion). Interestingly, the speech itself saw a marked increase in neutral conversations, before the debate repolarised.

A substantial quantity of negative sentiment online was directed toward the finance minister himself; a joking comment about the increased price of alcohol did little to placate. 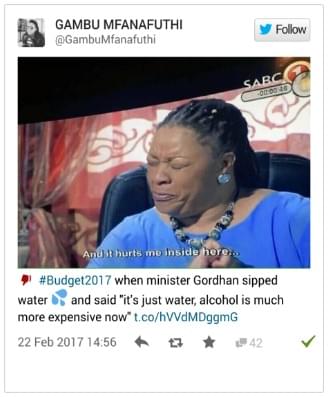 On the political front, while the ANC mentioned the speech nearly twice the number of times across Twitter and Facebook as did the DA (61 versus 34), individuals engaged with posts by the DA far more frequently – a total of 789 times, with 542 unique authors contributing to the conversation. The ANC, by contrast, saw 328 engagements from 136 authors.

Of budget-related engagements by ANC followers on ANC platforms, 6.6% of comments were negative. In comparison, just over a third (33.4%) of DA followers’ speech-related comments across DA platforms took on a negative cast. 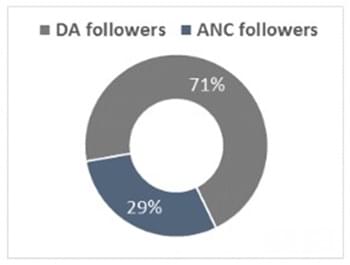 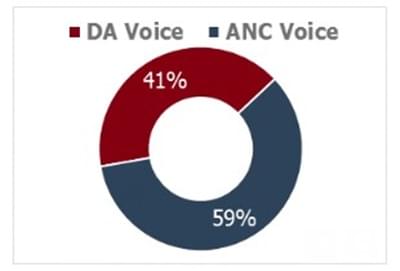 Political and social issues are receiving ever-greater attention from South Africans across social media. Of those sharing thoughts and feelings about the 2017 budget speech online, approximately 65% made use of the hashtag #budgetspeech2017. #hireagraduate was the second most commonly used hashtag, and was engaged with 1 221 times across Twitter and Facebook.

The majority of conversation related to the budget speech (68%) took place between 2 and 4pm, as viewers live-tweeted the broadcast or shared their opinions while watching. In total, during the 24-hour period beginning in the earliest hours of the 22nd, Budget Speech 2017 received nearly 60 000 engagements online.