Qatar Airways – the tale of a rapid bounce-back.

How a global airline recovered from political sanctions in just 48 hours.


The increasing churn of the S&P 500 makes it clear: no company, however dominant, can be assured of retaining its market-leading position any longer. Increasing competition, disruptive innovation and the near-instant spread of negative press are all conspiring to shorten even the best businesses’ lifespans.

Amid this volatility, the anchoring of a strong, trusted and consistent brand can prove key – particularly when companies are faced with sudden and severe reputational threats. 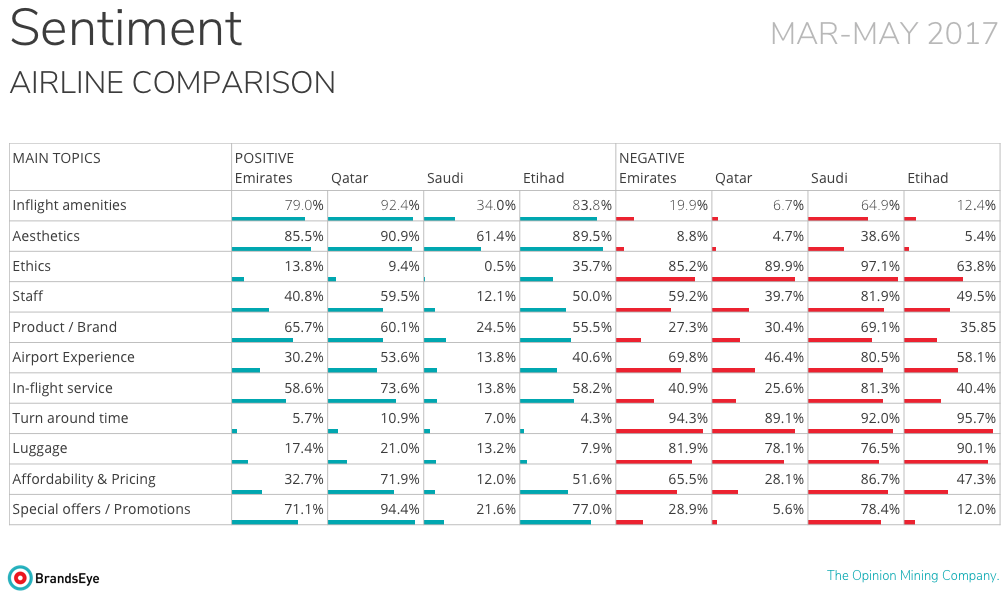 Despite strong performances by the top three airlines over a broad range of measures – with Qatar Airways the best overall performer – all were forced to deal with several negative external factors. Reputational challenges faced by the carriers included the travel ban imposed by the US on six Muslim-majority nations and electronic device restrictions affecting direct flights from the Middle East to the US.

Impact of political crisis on brand

The biggest of the PR crises took place in June, when various Arabic countries cut political ties with Qatar. The fallout had a major impact on Qatar Airways, leading to flight cancellations and the closure of Qatar Airways offices in certain Middle East locations. In order to assess the impact of this event, the original DataEQ study period was extended.

In the hours that followed the initial announcement of the Qatar embargo, the airline saw an immediate drop in positive sentiment. Issues around flight cancellations and rerouting, a lack of clarity regarding refunds and the levying of penalties caused increased customer frustration. Many passengers took to social media to express their dissatisfaction.

Having hovered at a healthy 36% on 4 June based on daily sentiment analysis, positive sentiment dropped to 4% by 5 June. Negative sentiment, by contrast, peaked at 33% on 6 June.

Despite the severity and scale of the crisis, within 48 hours of implementing processes to deal with the fallout, sentiment toward the airline began recovering. 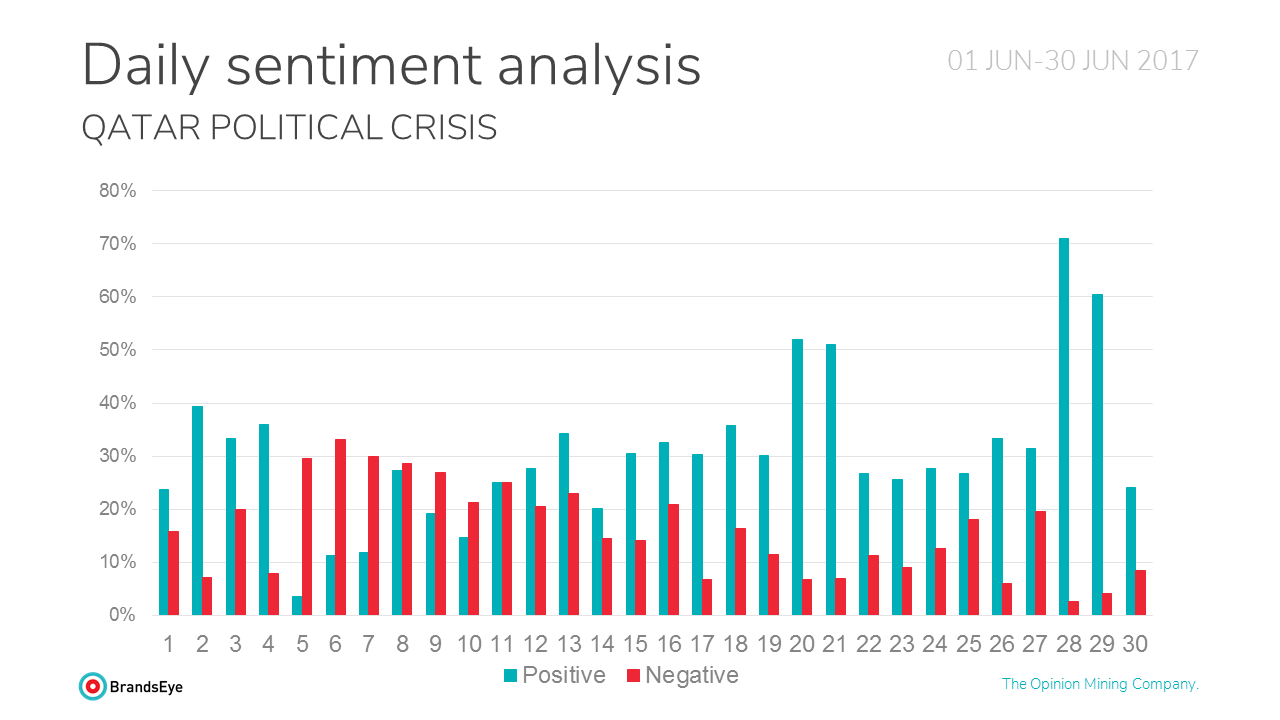 Due to both the airline’s rapid response to customer complaints and the buoyancy of its reputation, negative sentiment for the month of June remained fairly consistent at 13% up from its three-month average of 9%. During the same period, positive sentiment dropped from 44% to 34%. 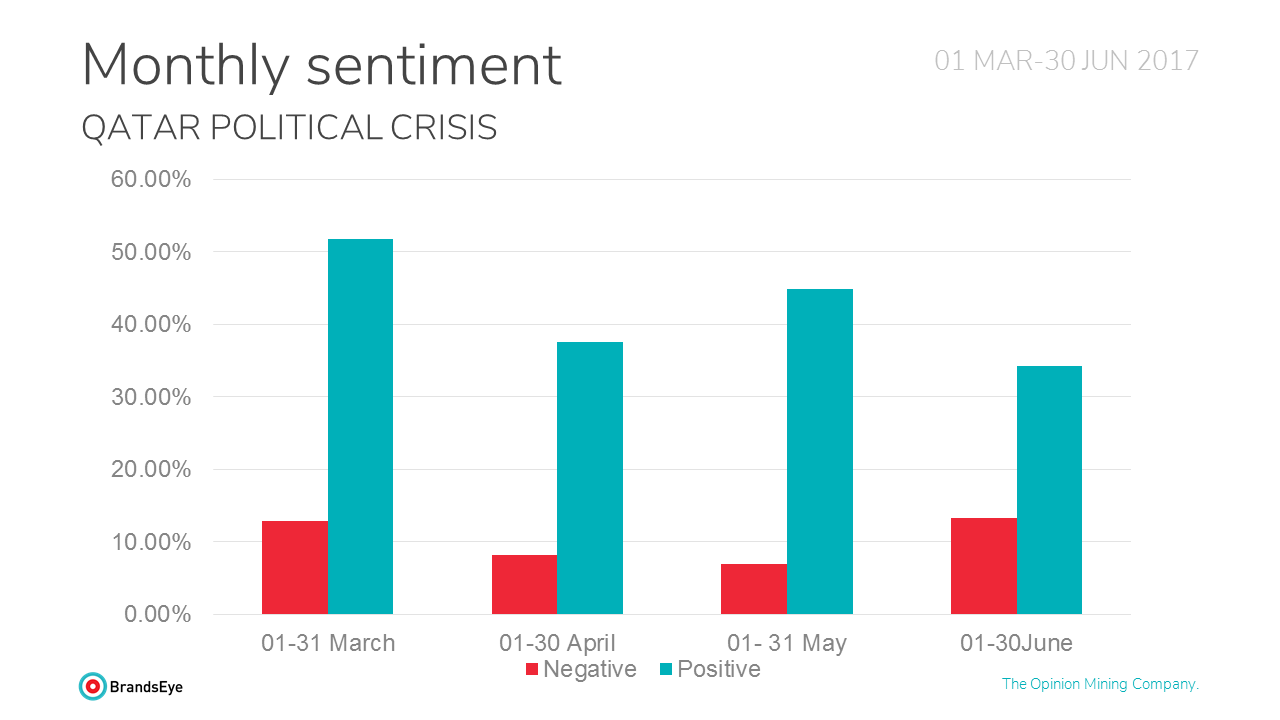 Monthly sentiment towards Qatar Airways prior and during political crisis

As the Qatar Airways has shown, reputation can act as a buffer, minimising the impact of negative sentiment and ensuring brand resilience even in the face of a global crisis.