Toronto Public Transport - Is it really the best in North America?

Delayed trains, price increases and poor communication are a source of great frustration for public transport users across the world. Unsurprisingly, millions of frustrated travelers take to social media every day to voice their annoyances about their daily commute.

In June 2017, the American Public Transport Association named the Toronto Transit Commission (TTC) the outstanding public transit system of the year. As the third largest public transport system in North America – behind New York and Mexico City – The accolade of best transport system is no small feat. DataEQ found that social media saw things quite differently to the American Public Transport Association. We looked at how two other North American cities, New York and Seattle, fared against Toronto. 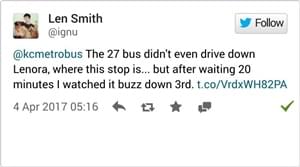 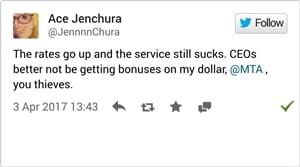 The analysis looked at a total of 263 735 mentions from Twitter between 1 April and 30 June 2017. Of those mentions, 28 790 were analysed for sentiment by the DataEQ Crowd. A confidence level of 95% was achieved with an average Margin of Error of 1.5%.

According to Twitter conversation, Seattle and not Toronto had the highest net sentiment of the three cities. But all three cities had negative net sentiment scores, with New York faring the worst with issues pertaining to the subway generating a large portion of the negative sentiment.

Analysing sentiment over the three months revealed that dips in sentiment were usually caused by delays and poor notification service from transport authorities. 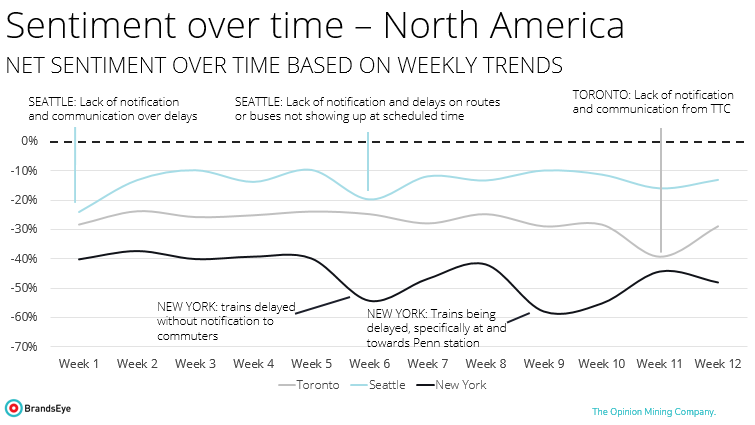 Of the 28 790 Twitter mentions we analysed, we distributed 2 972 to DataEQ’s proprietary crowd of human contributors who identified the topics of conversation contained in each tweet. This enables one to see what topics are driving positive and negative sentiment. Notifying the public about delays and changes were two of the main topics driving negative conversation about Toronto. 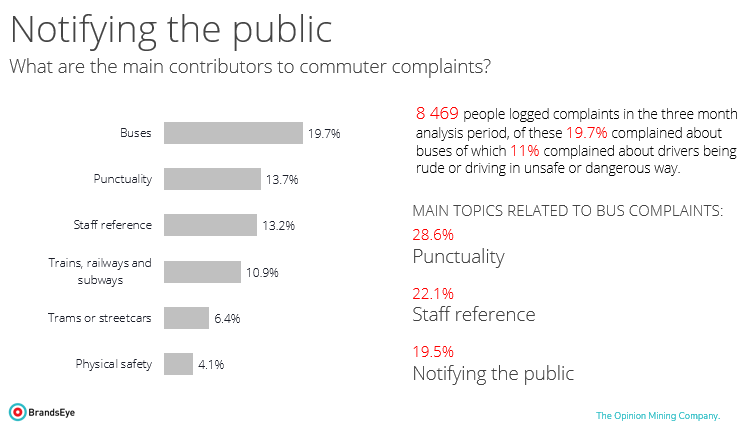 Of course, social media conversation is skewed toward negative comments. It’s more likely that a customer is going to tweet her complaint about delays than congratulate the TTC for getting her to an important meeting on time. Our analysis found that during the three-month period, 2 745 customer queries on Twitter went unanswered by the TTC. Despite this figure, the TTC itself still had the best response rate of the three cities. 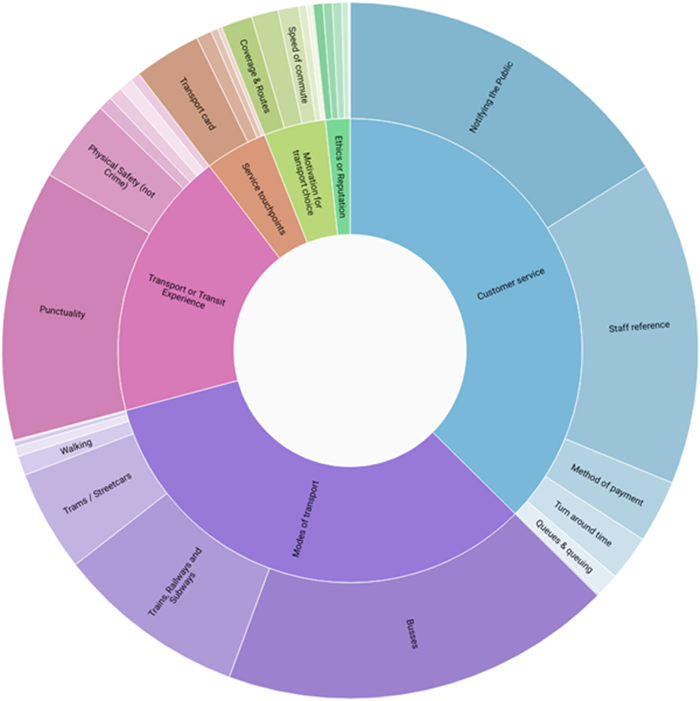 Sentiment data offers transport authorities detailed insights from their customers. These insights based on unsolicited social media feedback can be used to improve services, route planning and address customer needs.