What’s behind the dip in Trump’s online support?


In the build-up to the 2016 US presidential elections, DataEQ tracked sentiment towards Hillary Clinton and Donald Trump on social media. DataEQ sentiment data from battleground states pointed to a Trump victory. The day before the election - during a live TV interview with BBC News - DataEQ CEO, JP Kloppers, was asked if thought Trump would win. “Yes … that is what the data is saying, he’s got a huge amount of support”, answered Kloppers.

On the one year anniversary of Trump’s electoral victory, DataEQ looked at how sentiment towards the President has shifted in the swing states that put him in power.

What we observed was that Trump’s support had waned significantly. With the exception of Iowa, Trump has failed to maintain a net positive sentiment in the seven swing states he won in November 2016. 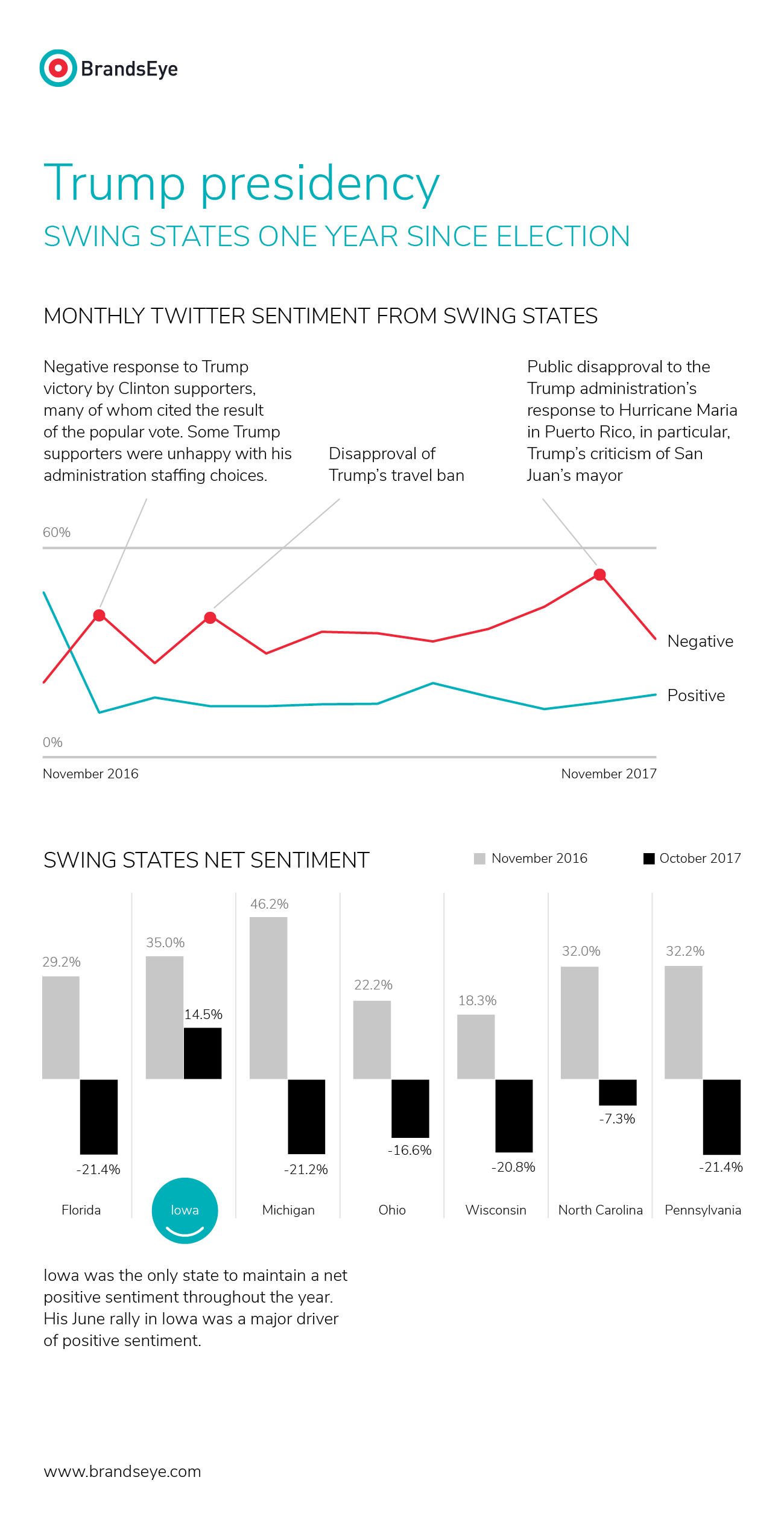