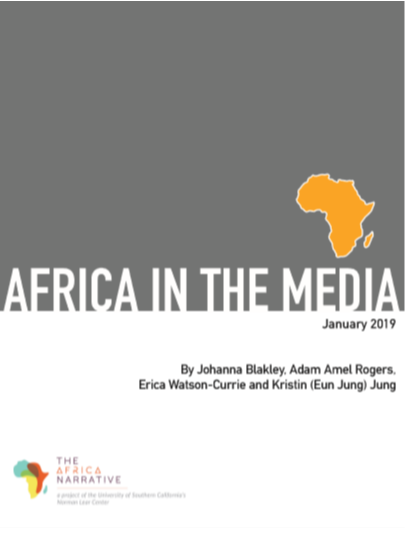 DataEQ is proud to have partnered with the University of Southern California’s Norman Lear Centre on their Africa Narrative research, an initative which seeks to understand and change the way Americans see Africa.

The Africa Narrative study seeks to provide a more balanced nuanced view of African storytelling that does justice to realities of the continent and its 54 countries. As a first step toward that goal, Africa in the Media aims to understand African depictions and ultimately their impact on African tourism, trade and investment.

DataEQ provided the Centre with human-verified social media analysis on 1.6 million Twitter mentions of Africa and African states, offering an unfiltered view of American public sentiment toward the continent. Coupled with the Centre’s TV news content analysis, the results confirm the argument that Africa is mostly ignored and widely stereotyped in the media when it does appear.

Social media is invaluable for obtaining unfiltered public opinions, says JP Kloppers, CEO of DataEQ: “Unlike other public opinion research, social media data is unsolicited and accurately captures how people feel, without the bias of a questionnaire or a focus group moderator.”

“We believe that large scale, data-driven media research like this is essential to understanding the role that media plays in shaping audience attitudes,” says Johanna Blakley, Managing Director of the Lear Center. “There are discernible trends in media representations, just as there are trends in fashion. This study captures the current picture of Africa. Its findings are intended to provide insights for American media makers and help inform their consideration of African storytelling.”

In a separate but related piece of research, DataEQ provided the Centre with social media sentiment data pertaining to the US public’s response to President Donald Trump’s January 2018 ‘s-hole’ countries remarks.