South Africa’s best and worst internet providers according to consumers


For the first time, leading social media data company, DataEQ, has published a South African Internet Service Provider Sentiment Report, revealing how six of the country’s data-only ISPs compare in the eyes of consumers. Having tracked over 24 000 posts across Twitter, Facebook and other online sources between 1 May – 31 July 2022, the study saw Afrihost come out tops, followed by Cool Ideas. 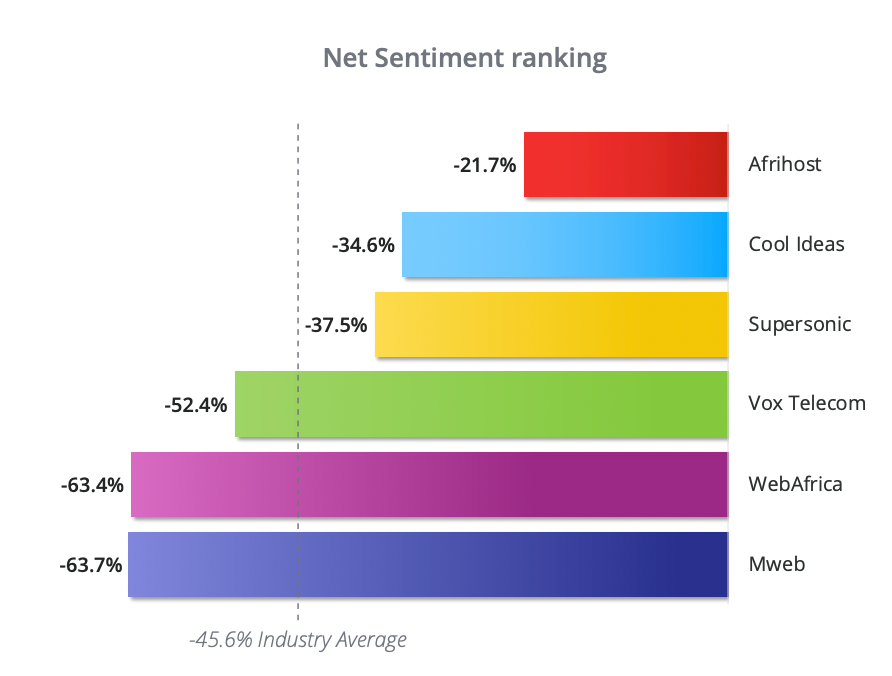 Mweb and WebAfrica neck at neck for last place

Coming in with the lowest scores, Mweb and WebAfrica both exhibited a downward trend in Net Sentiment performance throughout the reporting period. These two ISPs also had the slowest response times on Twitter, with Mweb taking over 20 hours longer than the industry average.

Afrihost - the most loved or the least hated ISP?

All six ISPs included in the study registered net negative scores. That said, the top performers received significantly less negative sentiment than those at the bottom. The success of industry-leader Afrihost, specifically, was due more to a low proportion of negative sentiment, than a high share of positive sentiment.