But to what degree are insurers’ marketing and PR efforts skewing the picture?

Despite a challenging operational environment, a cross-industry Net Sentiment comparison revealed that South Africans were notably less negative towards insurers than telcos, banks, and retailers.

This is according to the latest South African Insurance Sentiment Index, conducted by DataEQ in collaboration with PwC, which analysed over 450 000 consumer social media posts directed at the country’s major insurers.

With an average Net Sentiment score of -0.4%, the insurance industry is followed closely by retail (-1.0%) but outperformed both the banking (-16.3%) and telecoms (-34.6%) industries significantly. This means that while the overall Net Sentiment shown towards insurers is negative, South Africans appear to be far more critical and dissatisfied with banks and telecommunication companies. 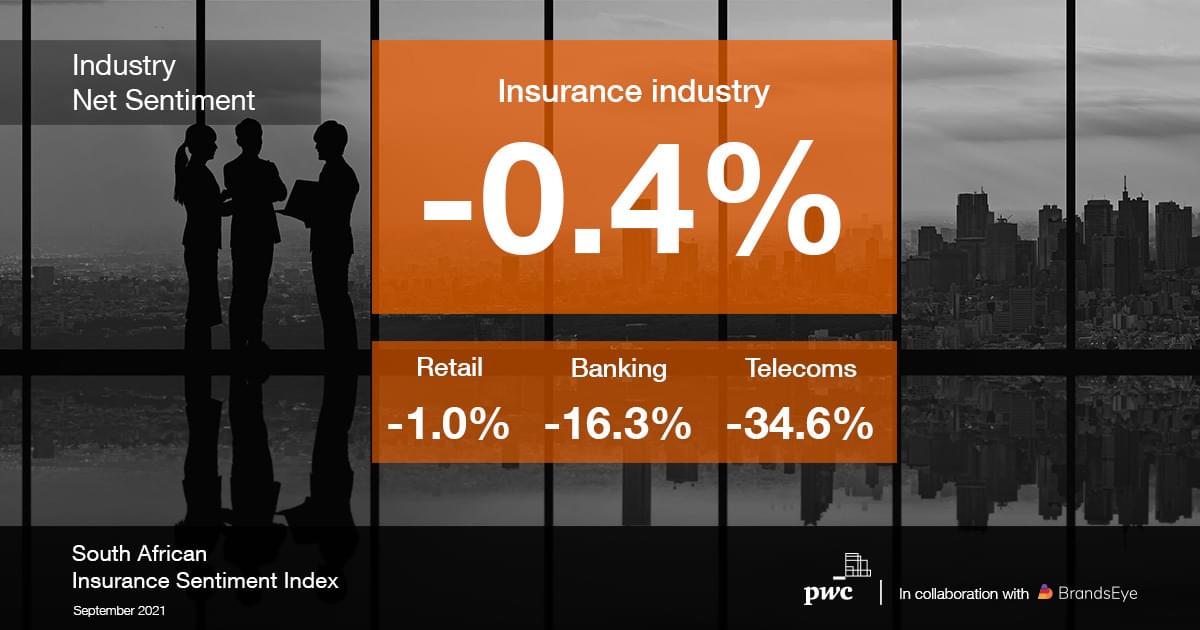 Operational conversation (excluding reshares) measured a Net Sentiment of -10.9%. This shows that customers spoke more negatively than positively about their experiences with insurers. When including reshares, operational conversation drops further to -12.6%. This is because customer experience complaints were often reshared, posing reputational risk for insurance brands. 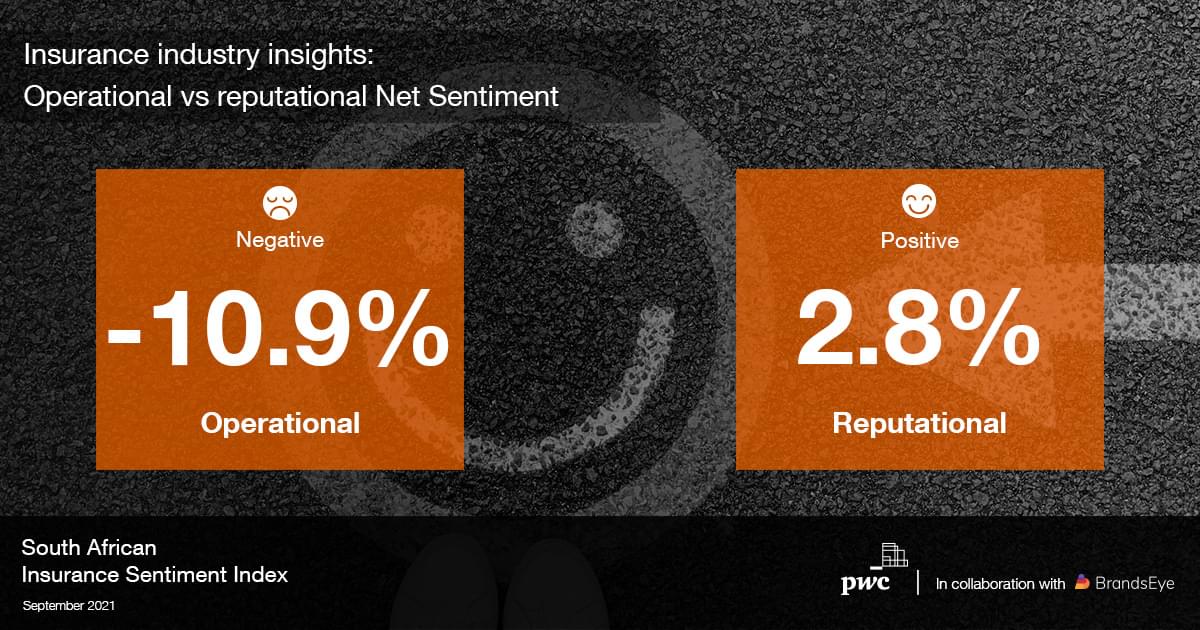 Customer service was a key feature across the industry, driving customers to post about their experience. Turnaround time was the most widespread complaint, making up 55.5% of all negative operational mentions. This, combined with complaints around no response received, and speaking to multiple contacts, highlights customer communications as an important area for improvement.

According to DataEQ CEO, Nic Ray, one sure way to improving turnaround time lies in the continuous monitoring of digital platforms. “In this year’s index, we saw that a major factor driving operational disappointment among customers was turnaround time, with complaints being made across all insurance products, brands and channels, and along all customer journey points.

“In order to stay on top of this issue, insurers need to pay close attention to their online conversation and ensure they are equipped to identify through all the noise, the priority conversation that requires attention and action,” Ray concludes.