Following investigations by the Competition Commission that found pricing was too high, South African telcos agreed to reduce data prices. In April, Vodacom released their updated data bundle prices. DataEQ assessed the consumer response to data prices at the network by analysing social media conversation about Vodacom from 1 January to 30 April 2020.

In total 314 247 social media mentions were collected, of which 13 965 were evaluated for sentiment and conversation topics by DataEQ’s trained Crowd of human verifiers.

Vodacom’s negative monthly Net Sentiment score improved in March with a rise in consumer positivity following the network’s announcement that it would be making cuts to data pricing. The following month, when the new prices were introduced and implemented, Net Sentiment sank below pre-announcement levels. 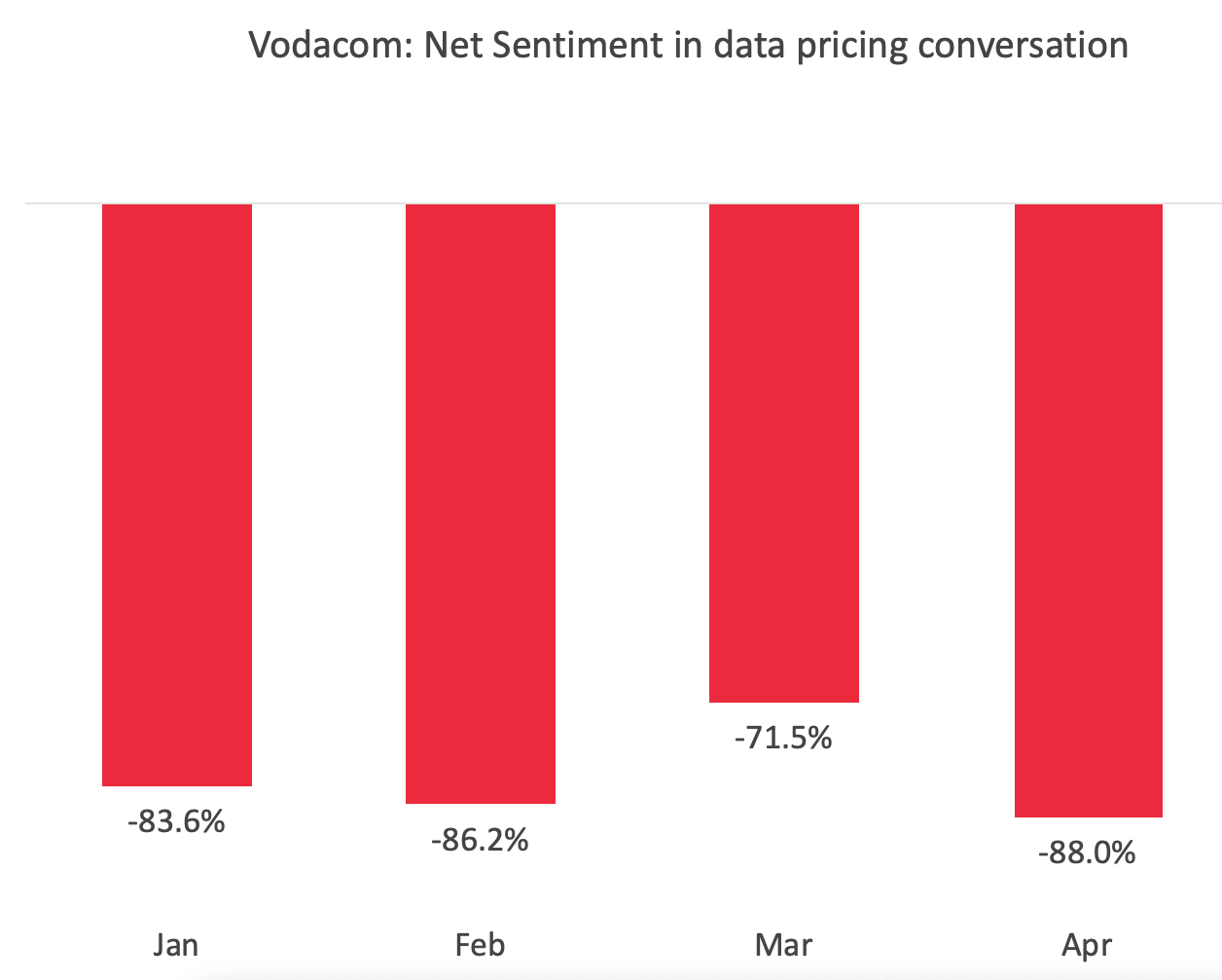 In response to new data prices released in April, consumers were disappointed that only certain bundles’ prices had been reduced. Some consumers claimed other bundles had become more expensive. In general, most consumers believed Vodacom’s data was still overpriced despite the network’s claims of price slashing, particularly when it came to shorter validity bundles. The increased data needs of consumers during the Covid-19 lockdown appeared to drive further dissatisfaction with Vodacom’s data prices in April.

It’s likely that data pricing remains an emotive issue for pressured South African consumers, as many continue to learn and work from home during the lockdown.

To read the full report, including an analysis of Vodacom’s 5G launch, complete the report request form.