Brand Ambassadors in the age of Social Media 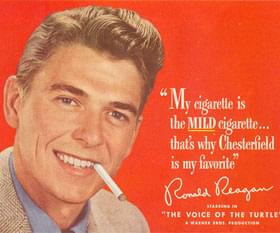 Today, however, it’s the small screen – not that of the TV, but rather of the smartphone – that’s at the centre of the change. Brand ambassadors are changing too. Sheer fame may no longer be enough – in an era of extreme media and advertising saturation, brand ambassadors need to be both organic and accountable: embedded deeply within the networks to which they speak and remaining consistently on-message.

At its core, none of this is new. And certainly, the idea of social networks as powerful superstructures radically predates the age of social media. What has changed, however, relates to how ideas are propagated within those networks and the speed with which they do so digitally, in the social media space.

The right content within the right network is autocatalytic. Shared via social networks based around family, friendships, ideologies, interests, lifestyles, pop-or niche-culture, the rapidity of digital transmission allows news, ideas and flashpoints to disseminate near instantly.

For companies looking to achieve deep and rapid resonance with their base, this is a powerful tool. Visualise an effective brand ambassador’s social network and one sees a powerful radial hub, with followers and fans forming their own, smaller hubs, acting to disseminate content throughout their own networks.

Many brands have realised the value of harnessing such icons’ personal networks and influence. Whether rooted within sport, music or otherwise, the social networks that they command are deep and multiplatform.

Fans and followers, moreover, have self-selected, meaning that content – be it a comment, video, or endorsement – reaches a uniquely primed and engaged audience.

Brand ambassadors vary in terms of the social and cultural proximity to the crowds to which they speak. At one end of the continuum lie the closely-linked – consider a sprinter acting as ambassador for a brand of running shoes. On the other end, there are the more traditional endorsements by celebrities such as actors who lack an organic tie to the brands they espouse.

An increasing number of brand ambassadors lie somewhere in between these two poles. Consider musicians: the source of their notoriety makes them appeal to a broad range of people, yet cultural and lifestyle resonance still keeps engagement high.

As the marketing tide turns, social media will likely be a tool increasingly used by brands looking to leverage pre-existing, engaged networks.

One of the benefits of any digital marketing strategy, but particularly one based around social media, is the vast amount of data that can be unlocked regarding its reach and success.

Knowing follower numbers and influence can, for example, provide a good estimate of the total opportunities to see a certain message. More interestingly, through visualisation, retweets, likes and shares can provide a window on how content flows through primary and secondary networks. At more granular level, reactions can also be analysed for keywords and, with the right tools, rated for sentiment.

Although it’s unlikely that the traditional forms of advertising will ever be entirely supplanted by ambassador-based brand networking, ambassadors can bring new value and reach. For companies who have already signed on an ambassador, the question remains: how are they performing?

Whose brand is getting the boost?

Given the exposure ambassadorship provides, maintaining accountability is key: a successful ambassador is one able to remain on-message. While brands seek to leverage ambassadors’ networks, ambassadorship also presents a powerful platform for self-promotion. A risk here is the loss of brand association – when consumers begin to engage with celebrities as individuals only, the promotional brand link can be forgotten.

Two recent – and major – campaigns making use of well-known ambassadors have included those for Nespresso (featuring George Clooney) and Emirates (Jennifer Aniston). Interestingly, both campaigns have sought to integrate celebrity- and brand-engagement, leveraging consumers’ familiarity with their ambassadors as individuals, and playing into their stars’ public personas.

When evaluating an ambassador’s success with consumers, accurate and reliable insights from the social media space are key. While, for example, both of the above campaigns have garnered a large amount of attention, the presence of a substantial number of both positive and negative comments blurs an accurate at-a-glance read on overall sentiment.

Although it is possible to use key word-focused algorithms to attempt to extract clarity from social platforms, pure machine processing can sometimes cloud data further, as it is unable to correctly interpret much of the nuance inherent in how we communicate. Sarcasm, acronyms, slang and colloquialisms are particular issues.

It is for this reason that we tap into the insights of real people – the Crowd – when evaluating online sentiment and the real value of brand ambassadors.

By using this unique, human-integrated social media analytics approach, the result is an extremely accurate and human-verified read on what consumers are thinking – about a product, event, idea or ambassador.