How do consumers in the United Kingdom really feel about their banks? And what drives them to feel that way? To find out, DataEQ conducted a detailed analysis of 323 000 social media mentions (posts) over three months (April to June 2017). The banks analysed; HSBC, Lloyds Bank, NatWest Bank, Royal Bank of Scotland, Barclays Bank and Santander Bank were chosen based on volume of online conversation.

In order to gauge which bank was viewed most favourably, DataEQ analysed why people felt positively or negatively toward a particular bank and dug deeper to find out what specific topics and issues made them feel this way.

Using proprietary artificial intelligence techniques, the data were interpreted for sentiment. A further layer of accuracy was then added through the use of the Crowd – a group of trained contributors who provided human analysis and understanding to the data. 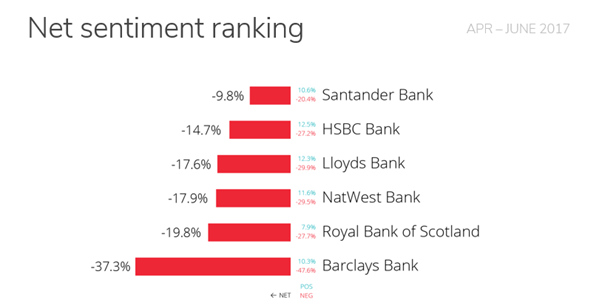 Banks rated according to net sentiment

Through this unique approach to data analysis, a confidence level of 95% was achieved with a margin of error of 1 to 2%, ensuring that the data provided a true reflection of how people really felt towards the banks over the period studied.

What are consumers’ concerns?

The three topics that dominated banking conversation were:

Lack of services was the most common topic of conversation. Customers complained about online banking and banking apps being offline, problems with ATMs, closure of accounts and inability to get through to customer call centres.

Barclays’ system crash in May caused severe frustration with customers who were unable to access their accounts. This likely played a significant role in their placing last in the ranking. 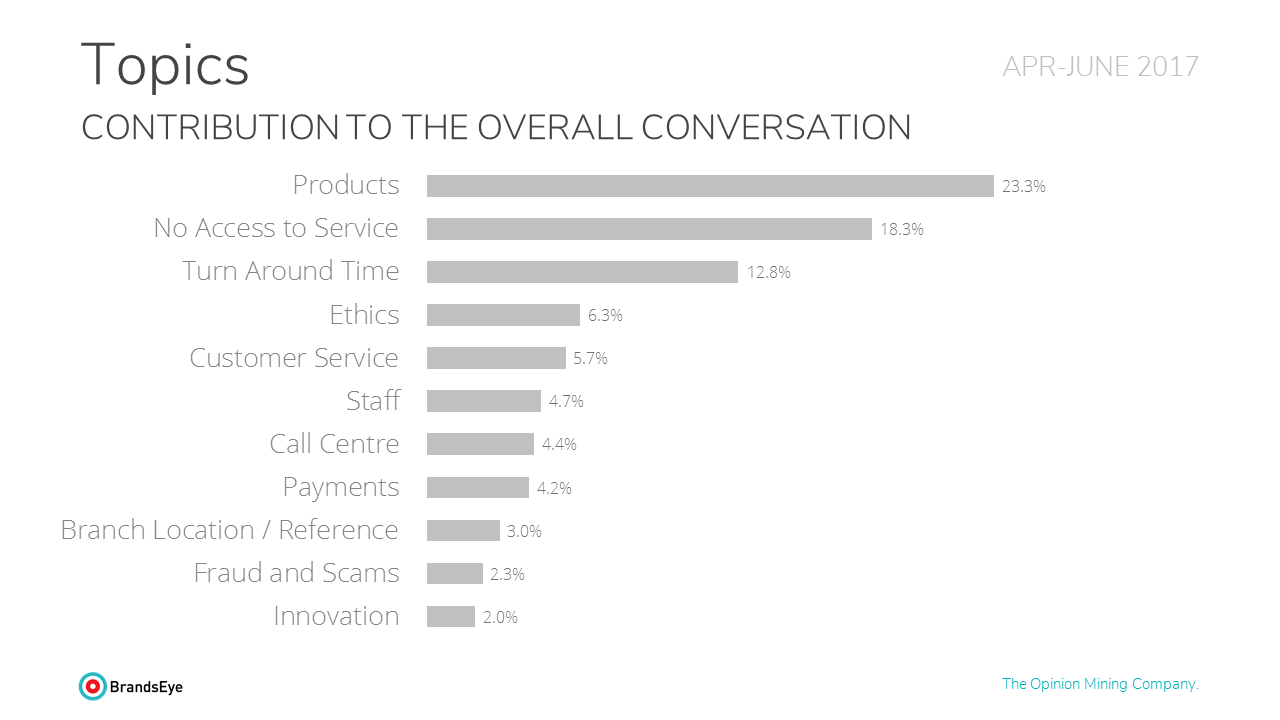 Most spoken about topics in banking industry 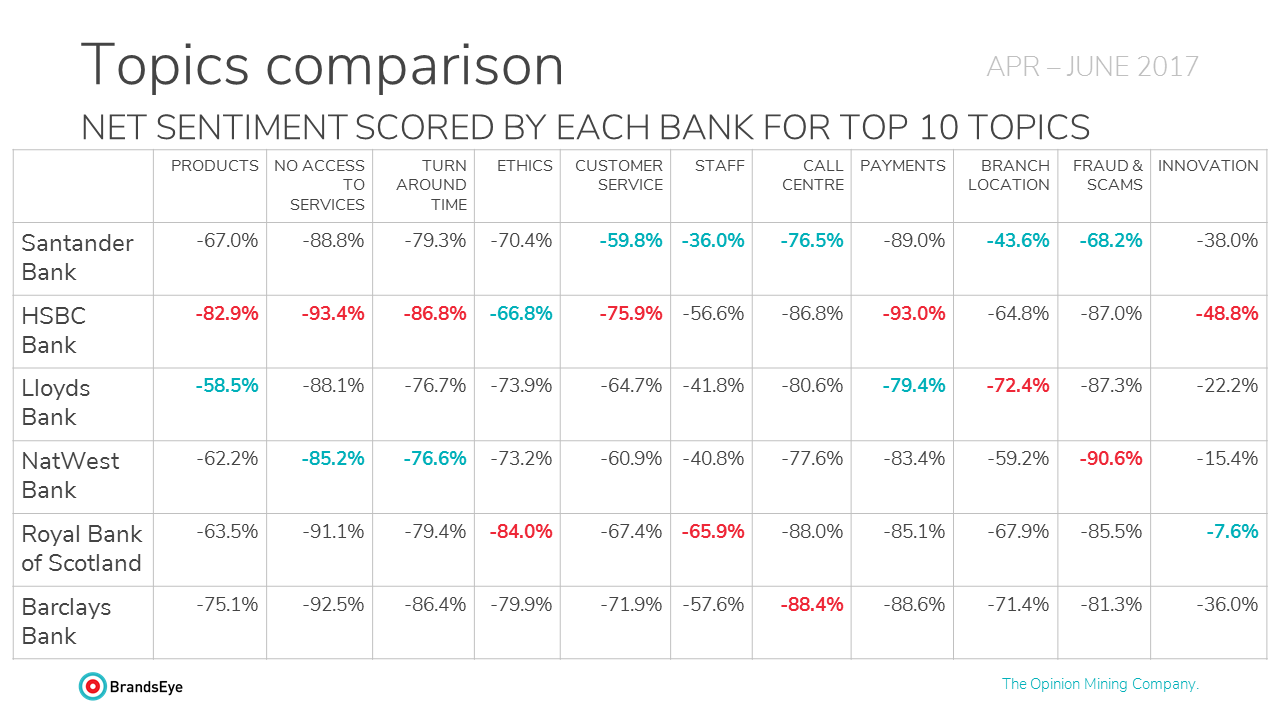 Did customers have anything good to say?

Although conversation around banks was predominantly negative, there were some topics that produced positive conversation. Innovation was one such topic. Four of the six banks were positively associated with innovation, HSBC, NatWest, Royal Bank of Scotland and Barclays.

Pricing was a largely a negative subject of conversation for most banks, with the exception of Lloyds, who received positive feedback for the cost of their products.

Santander, the leading bank in terms of overall net sentiment, was praised for its branch location. Santander was also the only bank praised for its helpful and efficient staff, a stark contrast from its competitors who received high volumes of staff-related complaints.

The value of social media data

Consumers regularly use social media as a platform to engage directly with their banks. Banks that seize the opportunity to engage with and assist in resolving their clients’ needs will enjoy greater positive feedback. Furthermore, those banks that utilize opinion mining to understand what topics and issues are generating positive and negative feedback will soon discover the priorities of their clients.