On 21 August Vodacom subscribers took to social media to complain that their data and air time had disappeared. The following day Vodacom apologised for the technical ‘glitch’ and announced that customers would be reimbursed.

According to a World Bank survey on the cost of data in Africa, South Africa has the fourth highest data prices of seventeen African countries.

On 18 August, Vodacom shared a link to an article dispelling the ‘myth’ of disappearing data on their Twitter account. In an ironic twist of fate, four days later Vodacom was forced to apologise for what they described as a ‘glitch’ that left many of its subscribers angry that their data and airtime had disappeared. 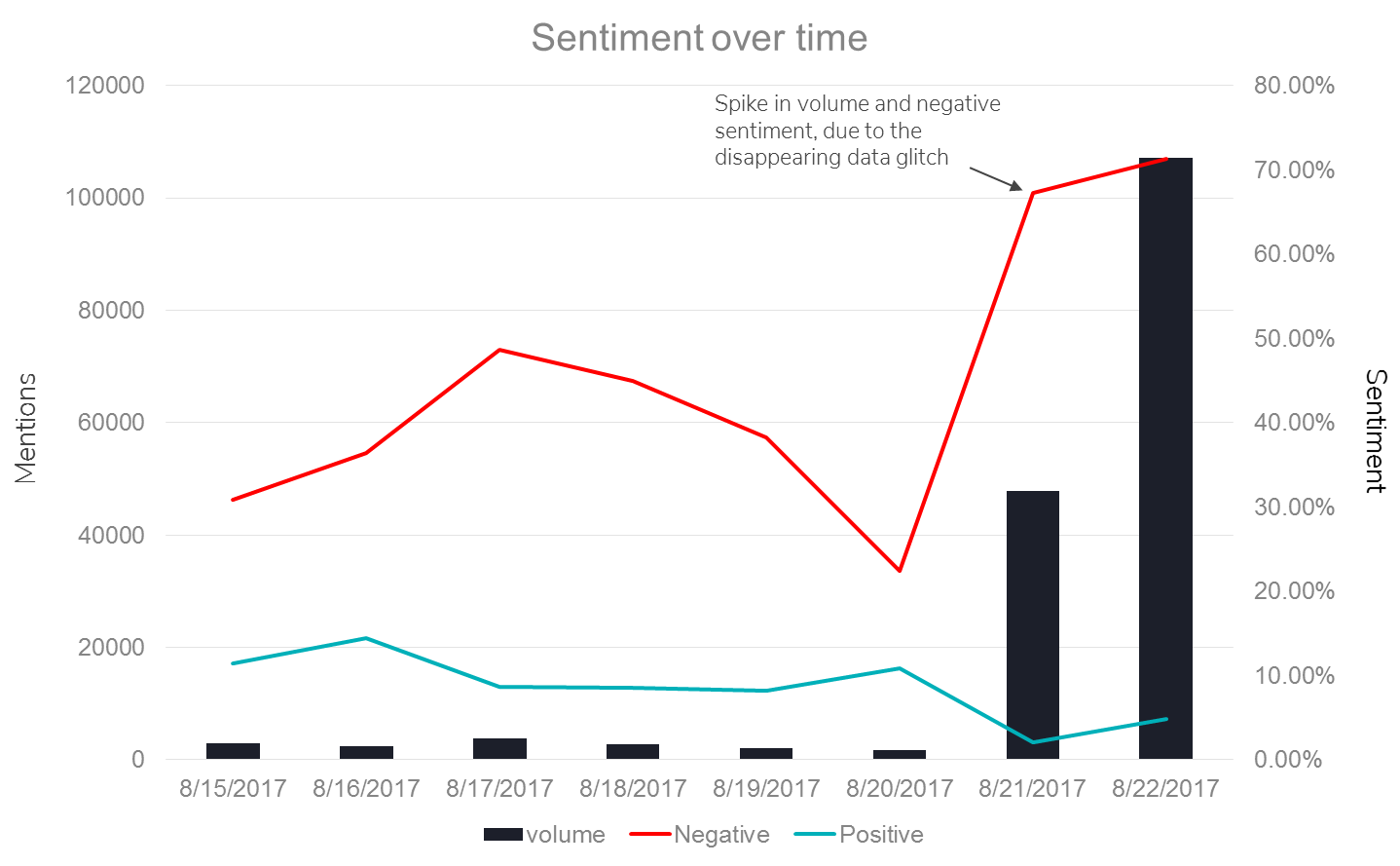 A number of high profile South Africans, including the Minister of Police Fikile Mbalula, Former Public Protector Thuli Madonsela, and commentator Eusebius McKaiser, took to Twitter to voice their criticism of Vodacom.

.@Vodacom data is disappearing faster than DisGrace Mugabe from a crime scene.

Dear @Vodacom please refund @whimzee_m and others urgently. For many this means lost employment and study opportunities,among other losses

After Vodacom apologised for the glitch, over 1500 Vodacom customers directly expressed that they were planning on leaving, or that they had already left the network. As the data that DataEQ analysed was limited to the immediate aftermath of the debacle, it is likely representative of a much larger group of Vodacom subscribers who intended on leaving the network; 67% of wantaway Vodacom customers expressed that Telkom was their preferred porting destination. Telkom’s competitive data pricing was mentioned as the main driver of this.