Weeks before the ban on women drivers is to be lifted, Saudi men have come out in support of female drivers on Twitter.


On Sunday 24 June, for the first-time, women in Saudi Arabia will be able to legally drive on the country’s roads. Ahead of this much-anticipated change, DataEQ, using its combination of machine learning and crowd contributors, assessed Saudi public sentiment on Twitter toward the ban being lifted. The findings suggest that more Saudi men are in favour of the ban being lifted, than are against it. 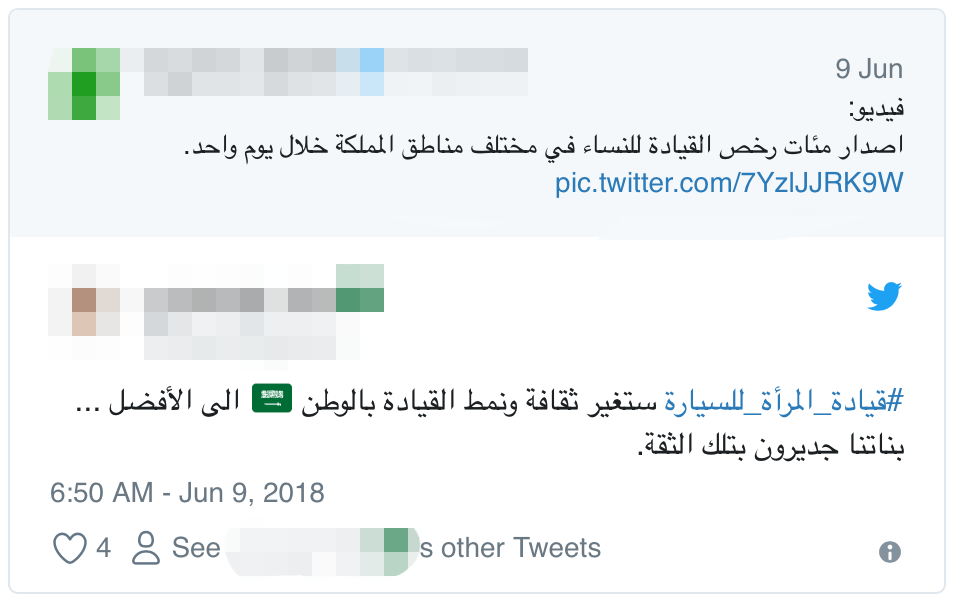 Translation - The decision will change the culture and style of leadership at home to be better… Our daughters deserve that confidence. 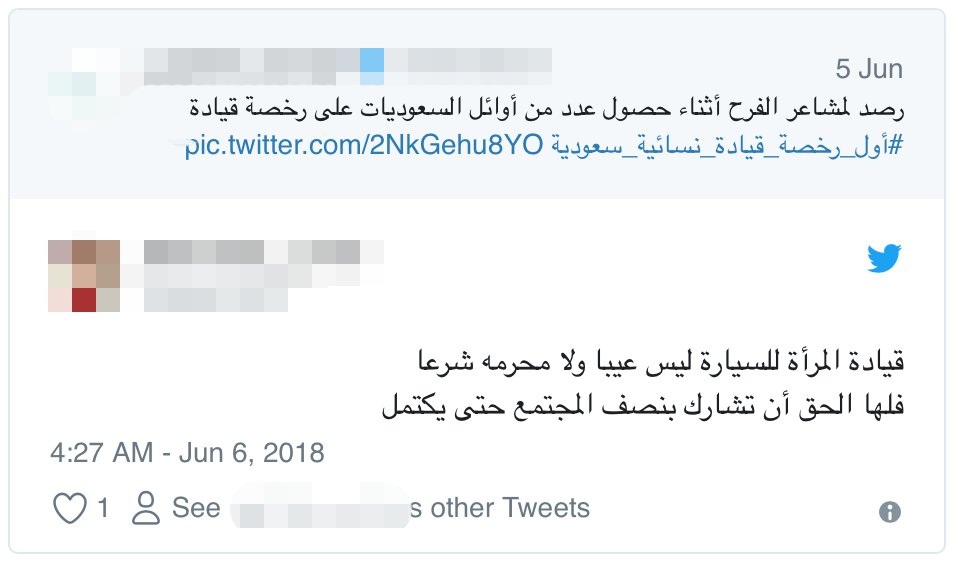 Translation - Driving a woman to a car is not a sin. She has the right to participate half-way in society until it is completed 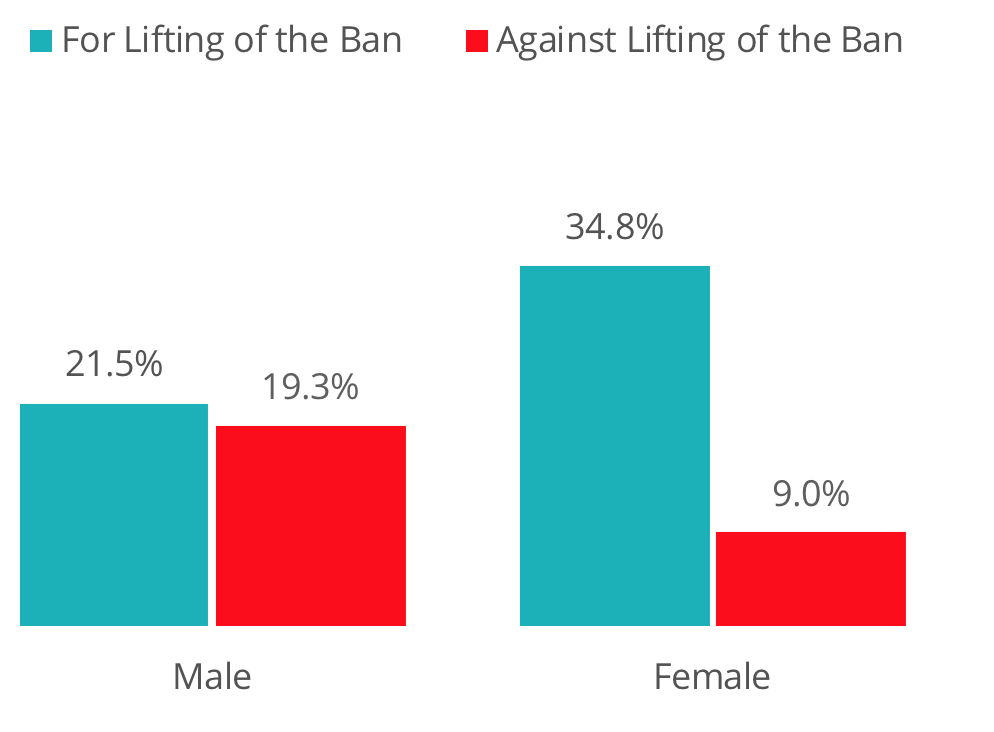 The small minority of women against the lifting of the driving ban cited religious values and traditions, the availability of existing male drivers, and women being poor drivers as reasons.

DataEQ found that about 70% of conversation about women drivers related to the anti-women driving campaign: لن تقودي# (translated to #YouWontDrive) which was originally created by authors venting their discontent about the lifting of the driving ban. However, the hashtag was re-appropriated by Saudi women who successfully turned it into a positive hashtag. Saudi women tweeted satirical replies to the negative comments and their dream cars.

Translation - What is this mentalities!!! Driving a car is something that has nothing to do with corruption. Some people consider it a strange thing and a lack of modesty!!!! Rise up.

Translation - OK calm down your words can’t control my decisions. If it does, then come and tell me I can’t drive. Thank God that my parents aren’t old fashioned 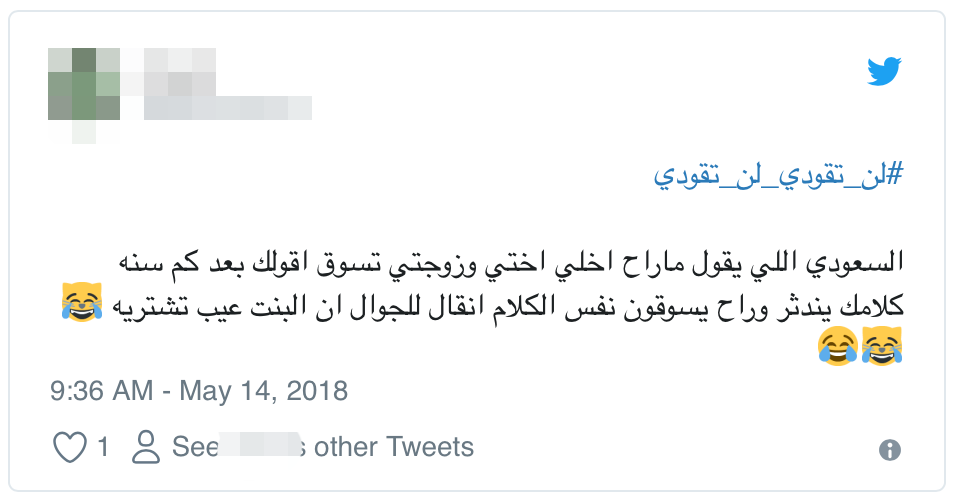 The Saudi who says I will not allow my sister and my wife to drive, I am telling your words will change and women will drive, same thing happened when you claimed women can’t use phones

Licencing process for women a major driver of positive sentiment

DataEQ found that tweets about the licensing process received the highest volume of conversation, of which nearly 70% was positive. Women shared and retweeted their news of receiving their licences and celebrated other women receiving theirs. 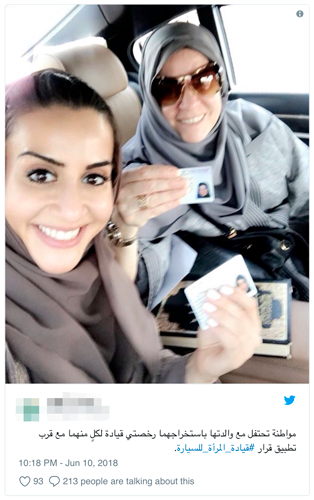 Citizen celebrates with her mom after extracting their driving licences. Close to the implementation of the decision [of lifting the driving ban]

DataEQ will be conducting follow-up research assessing Saudi sentiment after the ban has been lifted. If you are interested in this research please let us know.