The benefits and pitfalls of digital for female politicians


A new report released by Atalanta, a social enterprise dedicated to increasing women’s representation in government, has revealed significant differences in the way that female and male political leaders are discussed online. The report – “(Anti)Social Media: The Benefits and Pitfalls of Digital for Female Politicians”.

Speaking about the release of the report, Atalanta Founder & CEO Eva Barboni said: “Sexism and abuse are everyday occurrences for many female politicians who are active online. This takes a heavy toll on both the politicians themselves and on our broader democratic debate, particularly when it escalates from harassment to threats. However, despite the pitfalls, digital campaigning still offers significant benefits for female candidates, which should not be overlooked.”

DataEQ CEO Jean Pierre Kloppers added, “Social media is a rich source of volunteered public opinion data that has until now proven challenging to organise into decipherable insights. By combining AI and human intelligence, we are able to gather accurate insights that empower leaders of the world to understand and engage with the key issues driving public sentiment.” 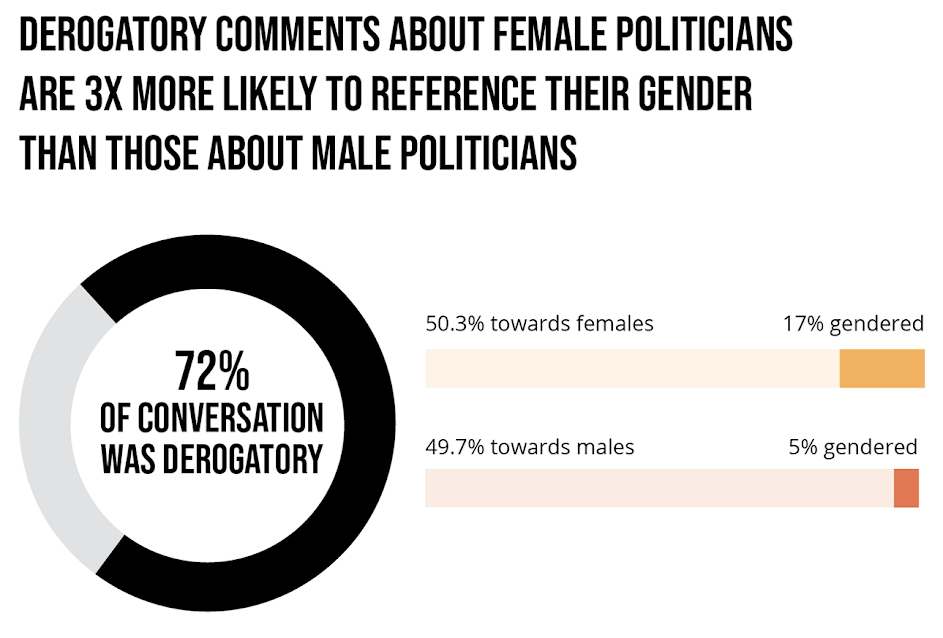 In gendered conversations about political leaders, male authors dominated the conversation, contributing at least twice as many comments as female authors. The report also includes insights about the benefits and pitfalls of social media from female politicians and campaign strategists, including: Baroness Anne Jenkin, Conservative Member of the UK House of Lords and Co-Founder of Women2Win; Jess Phillips, Labour Member of the UK Parliament; Amy Dacey, former CEO of the Democratic National Committee and former Executive Director of EMILY’s List; Jenna Lowenstein, former Digital Director for Hillary Clinton’s 2016 presidential campaign; and Andrea Bozek, former Communications Director for both the House and Senate Republican campaign committees.

The report provides in-depth analysis of tweets about three high-profile pairs of female and male political leaders in the United Kingdom, South Africa, and Chile. It then assesses the tools and strategies currently available to mitigate online abuse, and puts forward a collaborative approach to addressing it, with recommendations for a range of actors. Finally, in a chapter contributed by communications strategist and former Digital Director for the UK Conservative Party, Bethany Wheatley, the report illustrates why digital campaigning is still worthwhile for female candidates, despite the drawbacks.