Vaccine hesitancy tweets made up 28.2% of Covid-19 vaccine conversation, compared to 8.4% for advocacy tweets, according to an analysis of 243 000 vaccine-related tweets by social media analytics firm, DataEQ. The analysis of tweets from 28 July to 28 August 2020, found hesitancy tweets generated an average of 4.8 engagements per tweet, tripling the engagement generated by advocacy tweets.

The analysis identified 243 000 tweets about a Covid-19 vaccine from the US and the UK. DataEQ’s distributed crowd of human contributors analysed the sentiment (positive, negative or neutral) contained in 8 392 tweets and coded a further 1 505 tweets for 9 possible hesitancy themes.

Hesitancy tweets were not just a greater portion of the vaccine conversation they also generated greater traction than advocacy tweets. In both countries, there was concern about being forced to take the vaccine and possible side effects.

Vaccine advocates shared news and developments about vaccine trials. The equitable and fair distribution of a vaccine upon availability was a key concern for proponents of a vaccine.

Institutional distrust is a key issue in vaccine discourse. This emerged as a central theme that underlies Covid-19 vaccine conversation and was evident in tweets from both hesitancy and advocacy Twitter users.

In the US hesitancy was driven by health and safety concerns 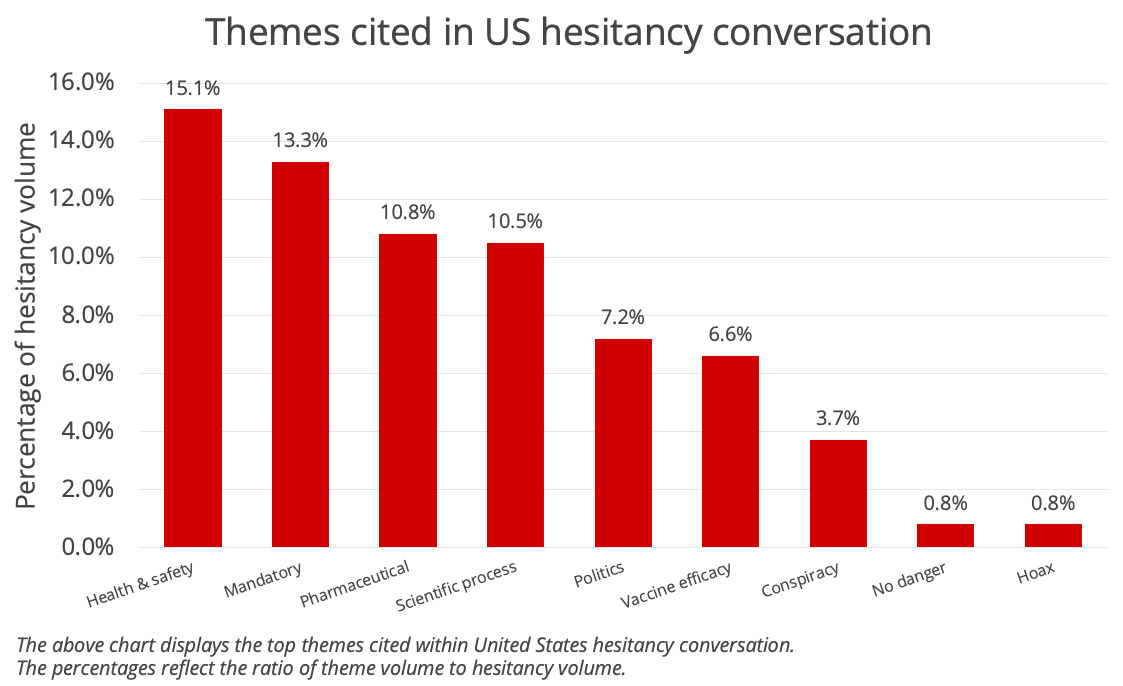 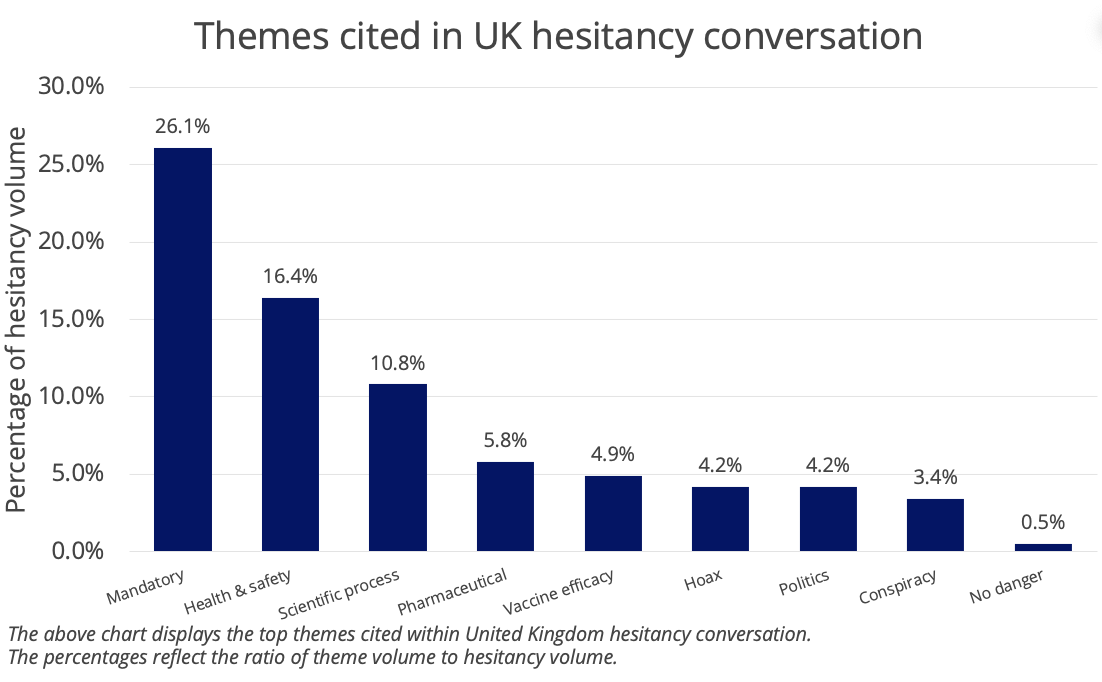 DataEQ Chief Executive, Nic Ray, said that governments and public health organisations ought to pay close attention to hesitancy sentiment online and the themes driving it, “Unlike other survey methods, social media provides an unprompted and volunteered view of public opinion. By analysing online conversation we hope to broaden the understanding and extent of vaccine hesitancy in specific regions. DataEQ plans to conduct further analysis of hesitancy sentiments in other regions and is open to inputs from public health bodies and researchers.”

DataEQ identified 243 883 tweets about a Covid-19 vaccine from 28 July – 28 August 2020. 219 671 were from the US and 24 212 from the UK. BrandsEye’s Crowd of human contributors evaluated the sentiment contained in 8 392 mentions. Mentions were assigned sentiment scores of positive, negative or neutral. 1505 mentions were categorised into 9 hesitancy themes.