The report, used the firm’s proprietary blend of AI and human crowds to analyse 688 154 social media posts between May and July 2020 in the banking, insurance and telco industries. The East African countries included in the report were Kenya, Tanzania, Rwanda and Uganda.

A key finding of the report was that less than half of all customers who reached out to their bank, insurer, and telco on social media received a response from their service provider.

Equity Bank’s leading performance was driven primarily by consumers complimenting good customer service and engagement around a post highlighting the bank’s partnership with the agriculture industry.

The Cooperative Bank of Kenya had the lowest Net Sentiment for the region’s banking industry. This was partially driven by media reports that the bank had allegedly increased the fees for ATM withdrawals, after lowering the fees on digital platforms during the Covid-19 pandemic. Consumers argued that profiting off the pandemic was unethical. 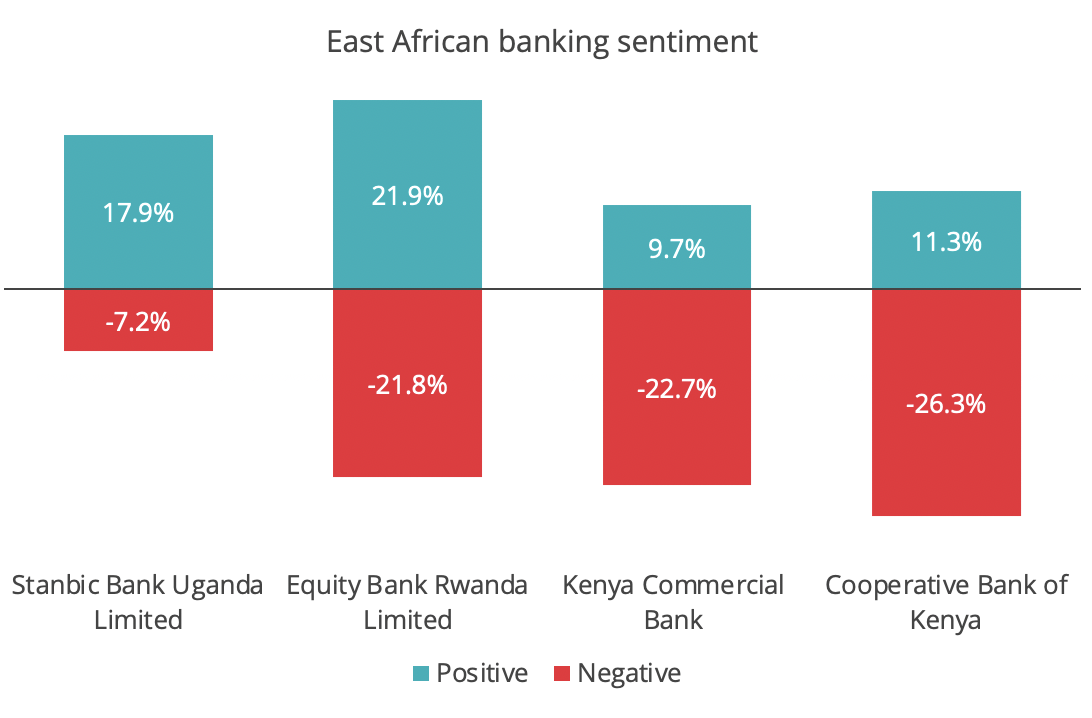 Airtel Kenya was the worst-performing telco in East Africa

Airtel Kenya recorded the most negative sentiment in the industry. This was driven by customers who reported their data bundles depleting quicker than expected. In addition, customers reported not receiving free data for downloading the mobile app, despite this being offered in a promotion.

Safaricom received the most positive Net Sentiment in the region. Positive sentiment towards the service provider came from authors who highlighted the company’s donations and contributions to preventing the spread of coronavirus in the region. Across all regions analysed, all telco providers recorded net negative sentiment scores.

Consumers were most dissatisfied with their telco providers

All telco providers analysed in this study had a negative overall Net Sentiment. More than half of telcos conversations featured either a request for assistance from a customer or a customer providing feedback to the brand. Airtel received the lowest scores out of the companies analysed. This was evident across multiple countries of operation for the brand. 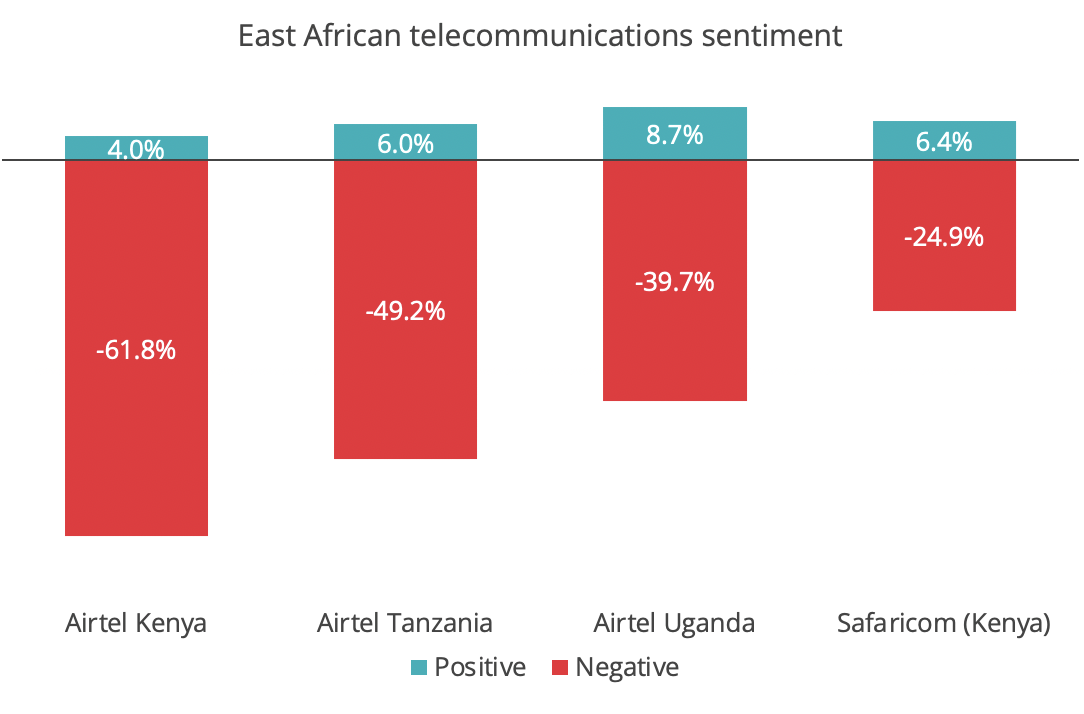 In a cross-industry analysis comparing regions, it was clear that East African consumers spoke the most about touchpoints available on the mobile app. When breaking this down by industry, this was primarily driven by the banking industry in East Africa, with cell phone banking, online banking, and banking apps being choice contact points for customers. Telecommunications customers spoke most about banking apps, further driving the conversation about mobile contact points.

DataEQ CEO, Nic Ray explained that the firm wanted to gain a deeper understanding of how consumers interact online with key brands and industries “Covid-19 has driven digital adoption across the world and especially in Africa. We wanted to understand what consumers were feeling and how industries were handling the increased demand for social customer service.”

“As African governments and businesses encourage the use of digital platforms, and mobile internet penetration increases, more consumers are going to seek customer service on social media. How organisations identify, interpret, and respond to this growing source of consumer feedback will be critical to building sustained brand loyalty, reducing risk, and growing market share.” Ray added.