Influencer marketing on the rise in telecoms industry

This was shown to be true in DataEQ’s newly released South African Telecoms Sentiment Index, which was conducted in partnership with Deloitte Africa. The Index tracked over 1.8 million social media posts directed at the country’s major telcos between 1 January and 31 December 2021. 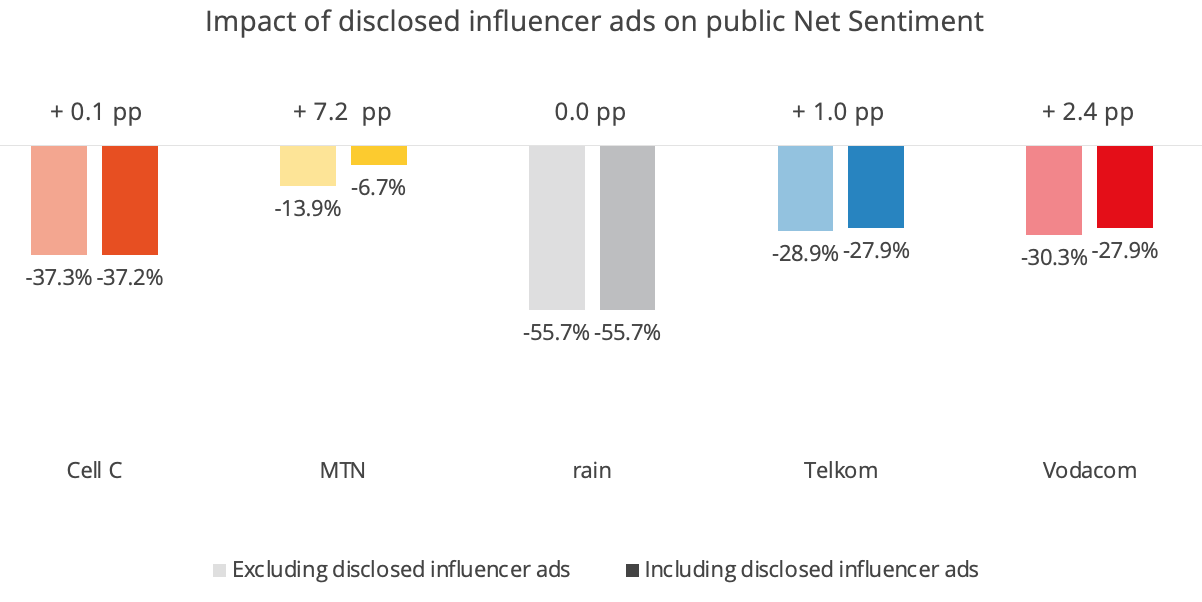 Influencer ads were a notable driver of positive reputational sentiment for some providers in 2021. Index leader MTN particularly benefited from influencer partnerships, which boosted its public Net Sentiment by at least 7 percentage points. This accounts for all conversation that clearly stated being a commissioned advert through the use of hashtags like #Ad or other similar identifiers.

This practice, however, is still relatively new, and despite being regulated by the Advertising Regulatory Board, not all influencer advertisements promoting network providers on social media disclosed this information. This means that influencer promotion could have had a larger impact on providers’ Net Sentiment than what is indicated here.

As an advertising strategy, influencer marketing offers multiple advantages over more traditional strategies. In addition to being comparatively cost effective, social media influencers enable brands to reach their customers in a more authentic way. With a lower cost and more authentic engagement, comes a higher return-on-investment – making influencer marketing a strategy that more telcos are sure to prioritise going forward.